Life will never be quite the same again.
Thank you! Your submission has been received!
Oops! Something went wrong while submitting the form.
x
October 27, 2021
November 4, 2021

See you in the metaverse

For those of us who find that the real world simply isn’t enough, don’t worry because the metaverse is here.

The metaverse is the Next Big Thing online. A virtual world that allows you to work and socialise with people who aren’t in the same physical space as you.

Your avatar can wander around interacting with others, access online services such as email and social media, go to virtual meetings, dance in nightclubs, and buy things using cryptocurrencies.

Mark Zuckerberg describes it as “an internet you’re inside of rather than just looking at” so instead of accessing messages via our phones or laptops, we’re inside the internet via virtual reality headsets, augmented reality glasses or apps.

Or like that thing from 2003 where people went to have affairs.

True, Second Life and other online worlds have been around for a while, and already exist in gaming, but the difference with this is that it’s more lifelike. Just as smartphones moved the internet from our desks to our pockets, it’s hoped that these new platforms will also change the way we live.

Perhaps it’s not so Blake 7. The pandemic has forced us online to work, to socialise, to attend school. In short, to do things we used to do physically. If we keep going like this, eventually we’re going to find Zoom limiting.

And anyone who’s created their own cute-looking avatar on their smartphone is surely half-way there?

But will the real world seem incredibly dull in comparison?

And what will our actual bodies be for? We’ll be dragging them round the real world like flabby old carcasses. Filling them up with food like fuel.

There’s already a joke that people who’ve spent too much time on Tinder take to swiping real people left if they don’t like them. How will we know what’s real and what’s not?

Facebook said it would create 10,000 jobs in the EU over the next five years to help develop the metaverse, and is in a bid to rebrand itself as a ‘metaverse’ company. The metaverse is also attracting interest from investors and companies who are keen to be part of the next big thing.

Instead of proofreading your document, allow Google Translate to read out the text to you. Just go to the tool, copy and paste your text into the box, and click the sound button.

Take a look at this piece I wrote for IFA Magazine on practical ways you can improve your client engagement using conversational language, aka how not to scare your clients this Halloween.

There’s a new name for hybrid workers. Introducing the TWAT, which stands for Tuesdays, Wednesdays and Thursdays, the days when most workers choose to go into the office. 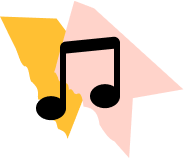 Something in the air

Play and learn drums silently, on any surface, by attaching these sensors to your sticks and listening to your beats via Bluetooth-connected headphones.