Life will never be quite the same again.
Thank you! Your submission has been received!
Oops! Something went wrong while submitting the form.
x
April 30, 2021
May 3, 2021

This is how to name your business 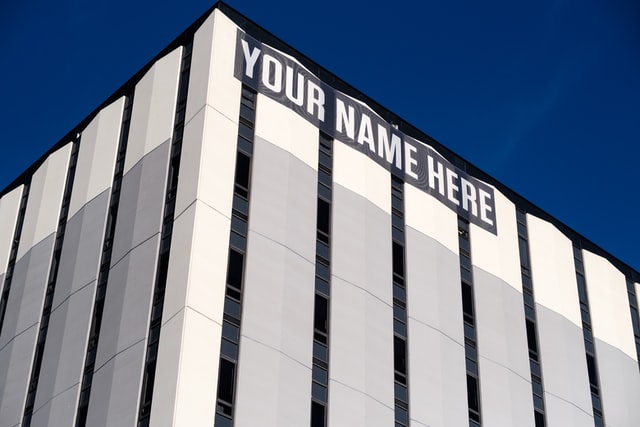 No one wants to be stuck with the wrong name for life. But on the other hand, you don’t want something so bland that you may as well have no name at all.

Then again, do you want something so trendy that it feels it might age quicker than a mullet on an 80s crooner?

So how do you name your business? The great thing is these days the world’s your oyster. We’re a world away from Agadoo days when the Yellow Pages was your go-to.

Then it would be a fight for the name as closest to the start of the alphabet as possible.

But instead of the Yellow Pages, we have Google. Should you be a slave to it and create something that people will find? It’s going to make things very bland and functional.

Should you use your name? It might make you seem small and vulnerable rather than big and scalable.

I decided to use my name because I was in a particularly honest mood. In addition, I didn’t understand Search Engine Optimisation at the time and thought that using my surname would help people find me. (Earth to Faith, Liversedge is pretty unusual.)

The good news is that SEO is about so much else than your name. But what you’re called still has to convey the right impression because it’s the first thing people see.

As long as you’re not named Sam & Ella’s Chicken Palace (say it quickly) I don’t think it matters too much. What matters is that you can explain it because clients like to know where you’ve come from, and it can form an important part of your messaging.

As an aside, did you know that certain words are more appealing than others? The popular words have positive connotations, but also two or three syllables, short vowels, sounds that don’t take much energy to produce, eg autumn, melody, lullaby, velvet, luminous, tranquil, marigold, whisper, gossamer, caress.

Velvet Financial Planning anyone? I’m in.

And finally, to my favourite company name of all time: